Women Safety in Delhi – An Expats Perspective
11 September 2015 - 7:39, by Daniela Poellmann, in Living in India, No comments 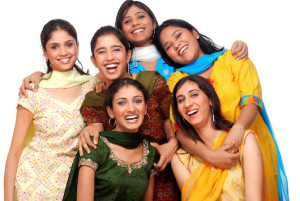 media in recent years since the Delhi Bus Gang Rape in 2012. One can easily find uncountable newspaper articles, blogs and other online forums reporting on incidents of sexual molestation all over India.

A widespread phenomenon is sexual harassment of women. It seems to be so common that it got its own euphemism in India: Eve-teasing. Indeed, when my working colleagues and I visited a slum in Noida and asked the children what the main problems they face are (keeping the question open and not limited to security issues), their answer was the frequent harassment by boys and men.

Eve-teasing ranges from sexually suggestive remarks, catcalls, being masturbated at, brushing in public places to groping. Revealing a big problem in the Indian society, eve-teasing refers to the seductive nature of the Biblical character Eve and, therefore placing responsibility on the woman as a tease.

Due to all these negative reports about sexual harassment it is no wonder that foreigners are wary about coming to India. I firmly believe that the violence against women has to be taken serious, but it should not discourage people from experiencing this beautiful country.

The heightened awareness about gender-based violence in the media often paints a picture that does not necessarily mirror a woman’s everyday life in Delhi. During the last three months, I travelled freely around the city and – fortunately – have never faced any problems and was spared from derogatory comments on the street. 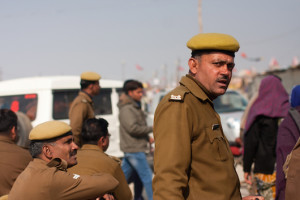 The central government, which is in charge of the Delhi Police, launched the ‘Nirbhaya Fund’ initiative aiming to make the city a safer place for women. For instance, there have been more CCTV cameras installed all over the city and more female police officers patrolling the streets.

All Delhi police stations should have Women Help Desks. When moving to India look up the closest police station to your home/work and get their help desk number (100 is the India-wide number to reach the Police Control Room). Delhi Police also has a 24-hours anti-eve-teasing helpline (01127894455).

Though I am not using them myself, there are several cell phone applications particularly developed to help women in distress. For instance, ‘Himmat’ is an application launched by the Delhi Police that allows women to raise an SOS alert in case of any emergency. By pressing the SOS button, your location information and an audio-video transmission will be automatically sent to the Police Control Room and your personal emergency contacts.

My main security advice for foreigners (both tourists and expats) anywhere in India is to act consciously – be aware of yourself and your environment and be sensitive about how you interact with who! If I find myself in an unknown area I usually take the number of women that are around me as an indicator of how safe I should feel.

When there are no women to be seen anywhere it usually is not the best idea to stick or walk around. Otherwise, I basically take the same security precautions that I would take anywhere else – not follow strangers or invite them to my home, avoid abandoned spaces/streets at night, make sure that my house is properly secured, etc. The only time I truly feel insecure and remember all the grim newspaper reports is when I have to travel alone at night, something I try to avoid as much as possible. If you have to travel alone at night be reasonable and book a taxi via a mobile app such as Ola, Meru Cabs, Taxi for Sure or Uber (they had a rape case not too long ago and since then legal problems with the central government in Delhi).

The advantage of these taxi companies is that before entering the car you receive the driver’s details (name, phone number, license plate number) and you can forward them to friends so that they know where you are. If you still feel unsafe you can track the car on Google Maps or via the app to monitor whether the cap is diverting from the route it is supposed to take.

These taxi companies charge you barely more than auto-rickshaws – especially at night when the latter have an increased tariff – and are way safer. In case you take an auto, every auto must have a meter box installed where you can find a red panic bottom. However, I would not recommend relying on the panic bottom since not all autos are GPS-enabled. 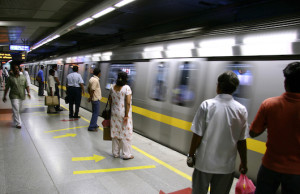 Delhi also has a very good metro system, with the last train leaving at around 11ish. During the day, the metro is a safe, cheap and convenient way of traveling. The first compartment of any train is for women only. If you enter those you will have no issues with men staring at and (accidently – because of the hopelessly overfilled trains during rush hours) touching you. If you want to enter the women’s compartment you will see it being marked at platforms with pink boards saying ‘Women Only’.

However, I would be cautious about using the metro alone at night. No matter where you are, never ever take buses at night – a rule that is followed also by my female Indian friends!

Daniela is an Austrian national who moved to Delhi in March 2015 after completing her Masters degree at the University of Sussex, UK. She previously worked on education and women development programmes in Uganda, Africa.

Daniela is now working with the Indian NGO FXB India Suraksha. Stationed in the Delhi headquarter, she is engaged with developing and implementing programmes on child protection, violence against women and urban social development.

About author: Daniela Poellmann
Prev
Next