Colombian’s take on Racism in India

Of the many stereotypes that exist about India and its culture, there is no mention of the rampant racism practised in the country. There is a great obsession with the skin colour among Indians and other natives of South-East Asia, probably a relic from colonial times where the British, all of them white, were in every power position and any association with them, particularly the white skin colour, was seen as a very desirable attribute. Nevertheless that inheritance has permeated every layer of society and being fair is one of the ultimate symbols of status.

Part of this might also be explained by the strict cast system, where the position in the society and your tasks were defined by the cast in which you were born, usually being the people in the lowest positions of darker skin, as they were more exposed to the sun, whereas the people in higher casts were usually fairer.

A clear example of this can be seen in the common wedding ads seen in the newspaper, where families look for a “beautiful, slim, fair girl”, being fair an important feature of the bride or groom to be. Reading between the lines it can be easily seen that being black or dark-skinned is an undesirable feature for a prospective match. Probably as a consequence of this the market for fair creams and lotions is moving around 500 million dollars a year in India alone.

The advertisements are clear, fair is handsome. Skin colour matters, and matters a lot, the very definition of racism. Sadly, it doesn´t stop there, Chinese like features are also on the list of undesirable attributes, habitants from the northeast states of India along with Nepalese immigrants, are often make fun of because of their Asian like features. Epithets such as “Chinki” (an offensive way of referring to people with Chinese like features) are commonly used on them. It became such a common complaint from people of the northeast, that now the government is reviewing a law where the used of this word could be fined with up to 5 years of prison.

This fair obsession has positive and negative consequences for foreigners considering working in India. As a white foreigner one can expect to receive the attention and privileges of being consider a person of very high status, along with the annoyances and undesirable attention. On one hand clubs will always have admission, lines may be skipped altogether and certain places will give you free drinks, however on the other hand you will be a constant target for offerings, scams, stares and unwanted photos. It is a common assumption between Indians that all foreigners are rich and are willing to pay many times over the actual prices for goods and services, making it a struggle every day to get the right price.

However if you are of African ancestry, you can expect things to be very rough. People can act rude towards you, deny you entrance to clubs, be unwilling to help you and overall treat you as a person of little value, not to mention how hard it would be to get a place to live, landlords in most cases may automatically turn down applicants with African ancestry.

Finally it is also worth noting that there is a lot of discrimination between Indian themselves, there is a clear rivalry from many Indians of the north, considered to be fairer, towards Indians from the south, considered to be darker. Different cities have different defined stereotypes attached to them, and Indians in many cases discriminate against each other on the base of the language, state, religion and caste.

In a day to day basis, living in India as a foreigner can become an exercise of patience, but then again, as much as there is bad, there is also good. 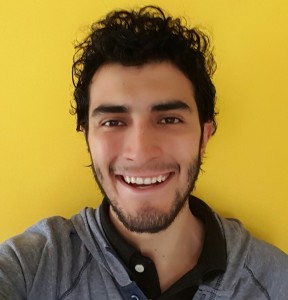 Nicolás, a Colombian Expat, now in India has started travelling with his family when he was 11, and since he got old enough to travel by himself. He’s been taking breaks to travel for months to faraway places. He is planning to live around the world, while working on different entrepreneurship projects, he thinks there is a lot of places to see, and so little time to do it.